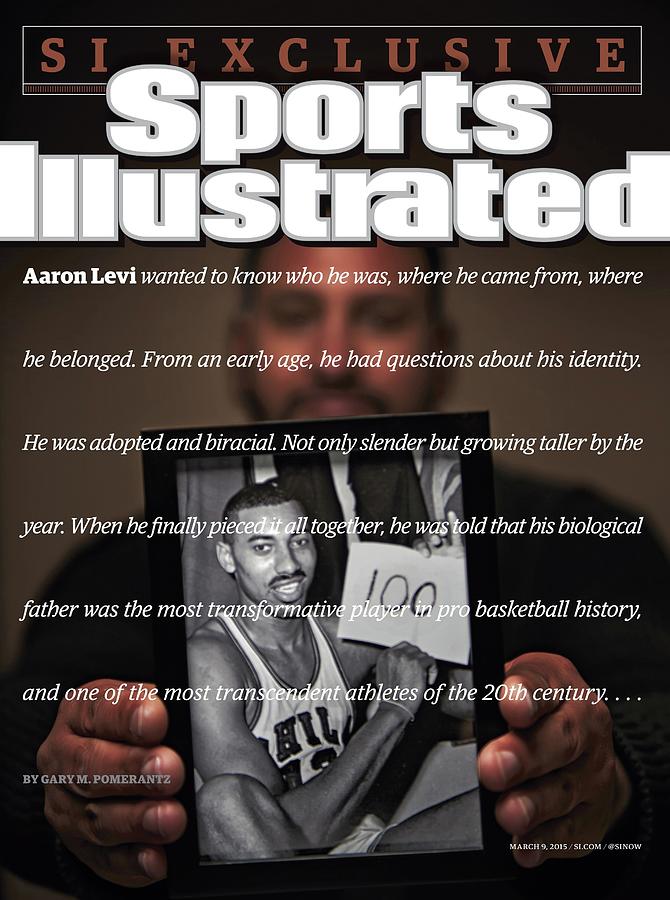 Basketball: Closeup portrait of Aaron Levi holding image of Philadelphia Warriors Wilt Chamberlain's 100-point game by photographer Paul Vathis/AP during photo shoot at his apartment in the Haight-Ashbury neighborhood. Levi, who was told that his biological father was NBA player and Hall of Famer Wilt Chamberlain after being adopted as an infant, tells his story in an exclusive Sports Illustrated interview.